IoT to Play a Major Role in building a Smart City 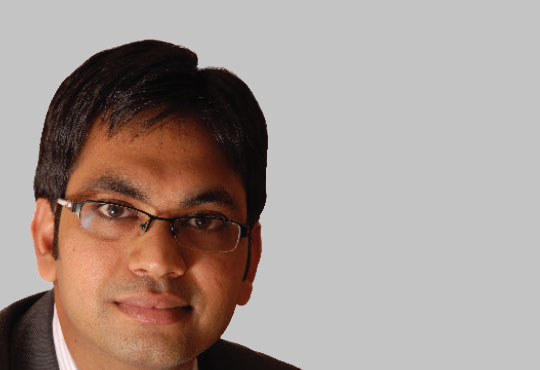 During the last few years, there have been enormous discussions around building smart cities in India. The question to ask is, what really defines a smart city? Imagine a city which acts like a living organism, interacts with you and continuously responds to your needs. A city which not only continuously reads live data from various sources (sensors) but also analyzes it to forecast changes and alters its behavior according to changing data patterns. A city which has a dynamic relationship with its citizens rather than a simple transactional relationship. That, in my view, is a perfect definition of a smart city.

A smart city is considered smart due to its inherent intelligence in dealing with its resources and environment. It makes effective use of available “Information and Communication technologies”, especially the “Internet of things (IOT)”. Internet of Things inputs the required intelligence into basic building blocks of the city and helps make it smart! Just imagine sensors monitoring energy usage, water levels, traffic flows and parking lots, the environment and security cameras, and sending that data directly to the city monitoring control center. Smart cities possess massive potential in completely turning around the operational efficiency of a city and IOT is the technical foundation behind the same. Below are some of the tangible use cases of using IOT in building a smart city.

Smart Lighting
Lighting accounts for a large percentage of total energy consumption of any modern city. While electricity and lighting is an essential element, it is also being used to enhance beauty and identity by every developing city today. In a traditional lighting system, the failure inspection happens manually. Also there are fixed and undifferentiated lighting levels across all operational hours. In an IOT based lighting system, the lighting failures are automatically reported by the system. Lighting turns weather adaptive, the digital system smartly plans the maintenance work for the entire city and creates maintenance routes. Lights can automatically dim depending on the time of the day and according to the automatic human presence detection.

Smart Parking
Finding a parking space can be a daunting task in today’s cities. On one hand, it frustrates the commuter and on the other hand it increases pollution while the commuter is trying to find a suitable place to park his car. Using IoT, the parking spaces of a city can be equipped with sensors to sense if they are already occupied. All the parking lots of the city can be further connected with a city navigation system which can help the drivers find the nearest parking location resulting in saved fuel, time, road utilization hours and CO2 emission.

Smart Traffic Management system
IOT can help in smart traffic management by installing battery/solar powered wireless traffic sensors which can detect real time traffic volume, road occupancy and average travel speed of vehicles by road or lane. It can also classify them by sizes and speed categories. These sensors can be connected to the central traffic management system of the city, giving a complete picture of the present traffic situation. Based on the traffic pattern, the advanced decision making algorithms can automatically adjust the duration of traffic lights, generate complaints against traffic rule violators and the smart cars can be connected with this system to automatically find the optimum route to a destination. Needless to say, better traffic control has a very significant positive impact on the environment with reduced emission of harmful gases. Moreover, intelligent signages can change their display text to appropriately show the right direction to reach a specific location on the basis of real time traffic situation e.g.congestion/accident etc.

Smart Environment Monitoring
Sensors can be placed around the city to continuously monitor critical environmental parameters like electromagnetic field, noise, temperature/humidity, CO2/toxic gases, combustion gases to detect fire and so on. Analysis of this data can give insights on critical environmental conditions at various places in the city along with their trends.