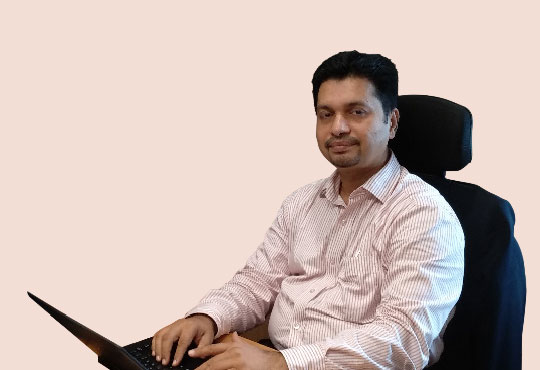 A smart city shouldn't just save money, but should also be attractive and fun to live in," said Carl Piva, vice president of strategic programs at TM Forum, a global non-profit association with 950 member organizations whose aim is to guide research into digital business transformation, including smart city initiatives.

SmartCity is broader concept and different leaders are fo­cusing on different directions. Generally SmartCity will be based on some theme.

SmartCity can also be defined as a city with better-man­aged infrastructure that is variable based on input of data and adjustments of the results to best utilize resources or improve safety.

The ultimate goals of smart cities are power management, reducing pollution footprints, increasing public safety, or of­fering improved services to residents. The downside is that it takes investment infrastructure, and most cities don't have a good enough budget to invest.

Cities contribute major share in economic & social development of any nation. Cities are the platform where people live, companies do their business and in which many services are provid­ed. They are also major point of consumption of resources. This signifies that cities need to be equipped with best of the class infrastructure, ef­ficiency in resource consumption and living style. This way altogether new smart community will thrive in itself and will contribute to economic growth of a nation while automatically increas­ing quality of the life of people staying in the city. Information and Communication technolo­gies (ICT) can contribute most to achieve this.

In India, most of the cities have grown un­planned except few cities. Most of the problems which urban India can be addressed in future through effective planning, sources of job crea­tion & availability of public utilities. That’s how SmartCity concept in India is formulated.

In the Indian approach of the Smart Cities Mission, the objective is to promote cities that provide core infrastructure and give a decent quality of life to its citizens, a clean and sustain­able environment and application of “Smart” so­lutions.”

Union Urban development Minister Venkai­ah Naidu announced the list of 20 cities that are to be developed as Smart Cities in the country last year. They are New Delhi, Bhubaneswar, Pune, Jaipur, Surat, Kochi, Ahmedabad, Jabalpur, Vishakhapatnam, Solapur, Davangere, Indore, Coim­batore, Kakinada, Belgaum, Udaipur, Guwahati, Chen­nai, Ludhiana and Bhopal. Each state to have atleast one SmartCity, which, in PM Modi’s words, translates to “Very high quality of life comparable with any developed European city”.

SmartCity is best use case of SMAC(Social, Mobile, Analytics, Cloud), Bigdata, IoT & AI. As all these tech­nologies combine, it will help making cities smarter. Huge Bigdata in the form of various inputs from sensors, IoT, Social posts/inputs needs to be analysed in real-time as per SmartCity features/theme. ICT allows city officials to in­teract directly with the community, the city infrastructure and to monitor what is happening in the city, how the city is evolving, and how to enable a better quality of life.

Most of the SmartCities have a theme or Speciali­zation. Dubai has been named as ‘Happiest City in the World’. They are building a ‘happiness meter’ where in digital inputs from ordinary citizens will be collected. There will be reaction to cleanliness of streets, strength of security, etc.

New York is once again the world's "smartest" city, according to the IESE Cities in Motion Index 2017, which analyses all aspects that make up sus­tainability and quality of life among 180 key world cities. London takes the second spot and then Paris.

In India, Ahmedabad city had adopted a theme of ‘Gift’ city - Gujarat International Finance Tec- City. It is been promoted as India’s first Interna­tional Financial Services centre with multi-services SEZ and an exclusive domestic zone. A fully inte­grated city with a walk to work culture, best in class infrastructure, connectivity, people, technology and legal framework, is emerging as a platform for busi­nesses across the world.

Technology has to play a major role for the suc­cess of any SmartCity. How – That how will play significant role as to how it is implemented. How it makes peoples life easy and smart.

How is the ease of doing business for public by making process smarter. How resources can be op­timized to make it cheaper and available at a certain time/instance.

As more and more thing goes digital, Cyber Se­curity concerns will grow exponentially. SmartCity is not an exception to this as it is heavily dependent on ICT. There is a risk of hacking IoT sensors, ma­nipulating or taking charge of controls, and privacy of public.