The Stores Have It 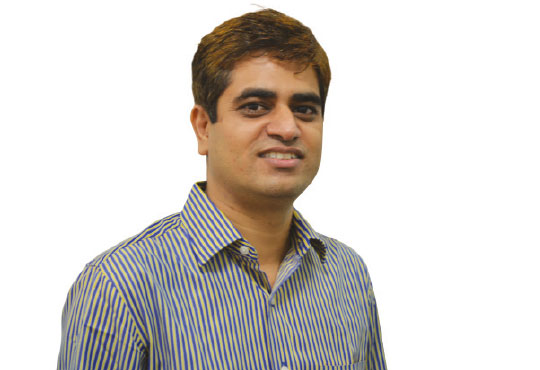 It's just a couple of years ago that experts were busy writing obituaries of brick and mortar stores. And eCommerce firms were celebrating it. The game has quickly launched itself in a no man’s land. With quite a few of the eCom­merce giants experiencing Death by Amazon and the industry in consolidation, everyone is con­fused to their mortal souls.

Shopping, as we should well know, is a core human behaviour.

It is as much about a need to own, as it is about the impulse to indulge.

It is as much about selecting the best as about immersing oneself in the experience.

It is as much about the price as about the touch and the feel.

While the phrases on the left are important, the one on the right are equally important, or more. Add to it, the cognitive human need to look for new ways to be entertained and the current need to switch between completely alternate realities.

A decade ago, retailers were raking in moolah aided by the human need to shop - to look, feel and own. The eCommerce industry disrupted the status quo. Suddenly there were options - to buy while you are in the monorail. To receive an order while debugging a piece of code at office. Also, you could literally sort, surf, filter and find at the click of a mouse. And if that did not yield the de­sired result, in a new tab on your browser. And they were running deep discounts - not just because they could save on the cost of maintaining a store but also because they were literally buy­ing the user base.

This did work wonders but the brick and mortar stores quickly realized that this was not a game they were destined to lose. They had something that could not be re­placed - the power to provide the experience. The opera in which the shopper could immerse.

For sure, the tra­ditional dumb stores were not going to work. The experience needed to get omni channel. Setting up a store is far more costly than setting up sites and apps - no reason why not to play the game. Plus, by the virtue of hav­ing a physical store, you could seamlessly switch the shopper in both the worlds in which she exists. She could select a product on her phone and try it out in the store be­fore buying. She could try and feel the dress for the party in store and order a different colour to get it at home. And you could really target promotions to impact the shopping while in the store. Which is why Kohls and Macy’s suddenly saw their sales volumes picking up. And Starbucks, Walmart and ToysRUs are readying up their arsenal to counter the terror of the millennials.

But this was not enough. There still was the element of cost - it is simply prohibitive to main­tain gigantic stores, and if you don’t the eCommerce world will beat you on choices. So there came the trend of micro stores. And the concept of endless aisles. Since you are present both online and offline, your shopper does not get disen­gaged if she does not find the color or the fit in the store. You don’t need the inventory - you just need the experience and the immersive-ness. The dress can get home (or office) tomorrow. Or as drones get ac­tive, before she gets home! You don't need to open your store 24 x 7, you just need to turn the glass panes of your store to a touch screen to log in and order!

So, the focus will move away from the size of the stores to giving the shoppers more reasons to get there. Do you have a cafe within? A play area to keep the kids engaged. Could you probably gamify the experience a bit? When its not Christmas or Diwali, make the shop­ping experience a couple treasure hunt? Understand that people are at your shop to have a fun time - shopping is a co-incidence. If that were the sole purpose, it could have happened in between grilling sandwiches.

On the eCommerce end, the focus is already moving towards the zeal to provide a more real experience. Vid­eos instead of images to prompt the sale, user reviews, an option to try at home before you buy are just the starters. Amazon buying WholeFoods might teach the industry a lesson or two on what a giant can cross sell if it has some real stores. I will not be surprised if we see a Myntra store coming up in our vicinity soon!

A pretty witty retail analyst I spoke to had recently remarked

Some of the earliest retailers were itinerant pedlars. Pulling their cart to your doors to sell your favourite ice cream. With expanding population and limited means, life changed. But the fantasy stayed. Now technology has made it possible once again. That is the ultimate Store of One people are talking about.

A toast to being the pedlar again!

IT services
It is A Bold Statement from IBM:The one system that will unite all the others